For nearly two years I have been trying to get agencies and organisations to be more innovative in Gloucester and help develop a community radio station. Instead most of them chose to stay in the comfortable circle of community groups they think the community need.

Unfortunately I found out it’s not what you know, but who you know. If we as a city are to move forward into the 21st century we must embrace and support new ideas that will improve all our lives.

I am very proud to say the community has confirmed the need for a community radio station in Gloucester. I am hopeful we will be able to continue serving the community.

Finally, I must express my sincere thanks to everyone of the GFM family and all those who helped to put us on air.

Travelling to reggae dances all over the UK, and Simme Ranks now living in London. Derrick and Simme kept hearing on local Community radio stations, where the dances were being held, information about other events, issues and music that were specific to the local community on radio stations up and down the country, yet nothing here.

A local pirate station tried to do this, unfortunately they did not have a license. They eventually had their equipment confiscated by the Authorities.

Derrick and Simme heard so many people complain that there was not enough on Main stream radio they could relate to. They decided to see if there is a way to set an up a legal community radio station in Gloucester. They spoke to some people they knew in London and got a few leads, though nothing concrete.

However things really started moving in May 1999 when Derrick met Jane Manning, who worked for the Link Group. Jane had been involved in the setting up of a community radio station in Bristol.

Jane Manning gave Derrick a lot of information to read. She told him if he still wanted to pursue the idea of a community radio station after he has read it, come back to her. Derrick read it, put a few ideas quickly down on paper and met her again. During the meeting it became clear there needed to be a project group set up.

Soon after the meeting, Simme and Derrick approached Paul Johnson, Carol Francis and Glen Brown. Glen would help us to liaise with prospective presenters and help sort out the equipment specification. With the team now in place, the plan was to be on air December 1999 – January 2000, The Millennium.

Unfortunately Jane left the Link Group around August 1999. Thereafter a lot of energy was wasted attending meetings and talking to people who had apparently supported the idea of a community radio station previously, but was now no longer supportive.

In January 2000 a new project plan was put together to be on air for The Gloucester festival in July/ August 2000. Again some of the people we were working with to help us raise funds appeared not to have the time to commit to Gloucester FM

However, All was not lost. Shirley Palmer, The Community Development worker for The Barton, Tredworth and Eastgate Community Trust had submitted a report to the trust proposing the trust give Gloucester FM a grant. Shirley had attended one of the numerous meetings Derrick had attended in 1999 and knew we were looking for grants.

The Barton, Tredworth and Eastgate Community Trust gave Gloucester FM the grant. GFM was now on its way to our Multi Cultural Community of Gloucester.

The object for which the company is established are to advance the education of the public and in particular the black and ethnic minority and disadvantaged communities in the city of Gloucester and to contribute to their well being by the provision of a community radio service.

Invest in people that are involved in the organisation, assessing, evaluating and customising training inatives to make it accessible and relevant to GFM presenters / volunteers when ever possible as follows.

Provide and play only a professional blend of music of black origin, news, information and advice, that will ensure audience participation-providing pleasure to the listener and an audience for perpespective advertisers.

Ensure a minimum of 5 places for presenters / volunteers between the age of 16 – 25 who can go on and pursue a career in broadcasting and a minimum of 2 female presenters.

Endeavour to broadcast programmes that will empower listeners, either through music played or information provided for our multi cultural community.

Provide helpline numbers for Alcohol and Drug Abuse, Aids, Careline, Confidential Counselling, The Rape Crisis Line, Victims of Crime, Sickle Cell and whatever may be deemed necessary to the community

GFM is committed to providing equality of opportunity; therefore our recruitment policy will endeavor to involve people from all ethnic backgrounds. 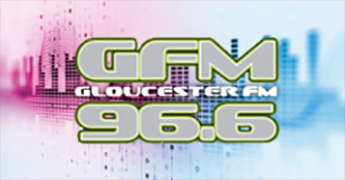